I periodically include a post to aid prayer for the Buddhist world. If you missed recent ones, see NEW thing & COUNTER thing, and Licensed to make a difference.

Siddhartha was born around 563 BC in the Himalayan foothills of southern Nepal. His birthplace, Lumbini is a tourist magnet. Siddhartha means (in Sanskrit) ‘he who has attained his goals’, or ‘he who has found meaning’. We’ll see his struggle as a seeker to do just that. 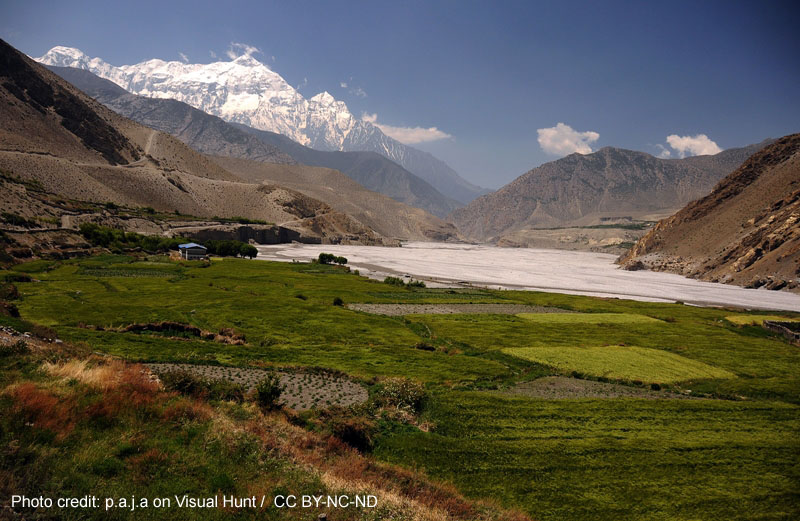 Stories of the miraculous: Born in the Gautama family, he is traditionally described as being a prince in the Shakya clan. There are no written records from his lifetime (or the following 1-2 centuries). Stories of his birth have been embellished with the miraculous. Before his birth his mother dreamed of a white elephant entering her. Ten months later, Siddhartha emerged from her side and was immediately able to walk and talk. But his birth was not his beginning; it is said he could later recount over 500 prior existences.

Prophesy! What will he be? After five days, Siddhartha’s father invited a group of Brahmins (priests, the top of the caste system in India) to foretell the boy’s future. They predicted he would become either a powerful ruler or great spiritual teacher. To ensure the former, his father sheltered him from the outside world, and anything that would influence him towards religious quest.

Unchained? Siddhartha grew up in luxury, married and had a son he called, Rahula, meaning, fetter or chain. By this time he had set his mind on leaving his comfortable home in pursuit of answers to life’s meaninglessness. His newborn son was a ‘fetter’ he would leave behind.

The seeker sets out: The decision to leave home was triggered by visits to the outside world. He saw a diseased person, an aged man and a corpse being prepared for cremation. Some believe it was the gods appearing in these forms to incite him to destiny. And that they aided his departure by silencing the sound of his horses on his evening ride, and opening the city gates for him. He got rid of his rich garments, was given yellow robes by the gods and shaved his head as a sign of detachment from his past life.  He was 29 when he left home to be a wandering ascetic in search of answers.

Severe self-denial: In the forest, in the company of Hindu sages, he chose a life of extreme self-denial. He was convinced that physical hardship would aid his discovery of truth. He wore little or no clothes, slept in the open in all weather, on the most uncomfortable surfaces, and starved himself with a daily portion of food no larger than his palm could hold (in some stories, a mere grain of rice and one sesame seed daily).

Is there another way? After six years, emaciated and close to death, he changed track. Answers had not been found in his life of comfort and indulgence, and eluded him during his years of hardship and deprivation. Perhaps there was another way – a middle path between the two extremes? Bodh Gaya is a village in the Indian state of Bihar. There, the seeker sat under a fig tree, determined not to leave until he received the answers he was searching for. That’s where ‘enlightenment’ happened. The answers he arrived at were a mix of old (Vedic religion) and new, answers that did not include a Creator God or Saviour.

He became known as the Buddha (the awakened one), and spent the next 45 years spreading the message now embraced globally by over a billion people. 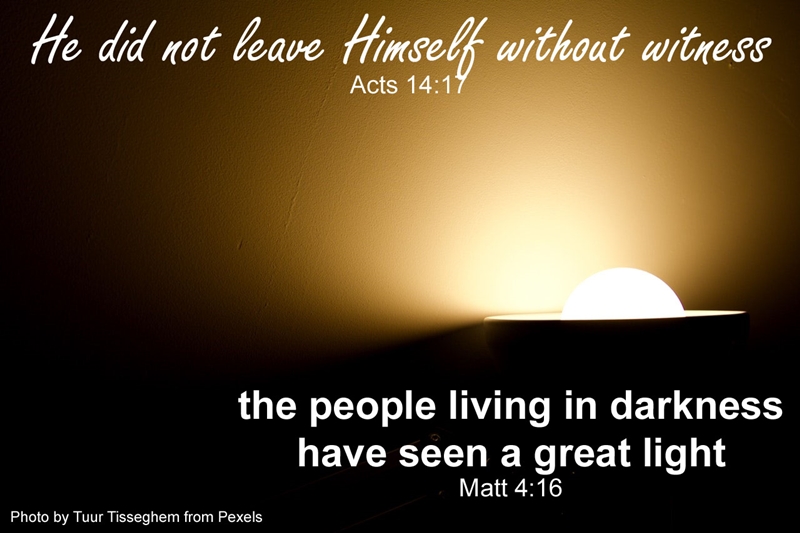 God responds to seekers (he cares enough to respond to those who seek him. Heb 11:6). He has given all men a witness of himself to provoke questions in the right direction (Acts 14:17, Rom 1:19-20). But when a seeker ignores the Light-beams, and searches for answers in darkness, his heart can become a magnet for deception.

Siddhartha was a seeker set on finding the answers to life’s meaning through self-effort (meditation and mindfulness). Today many are walking the same path, seekers looking for answers in the darkness. Sharing the gospel is imperative, but there’s an urgent cutting-edge to it: prayer for Light that opens eyes to the face of Christ Jesus (2 Cor 4:4-6).

Our city has hundreds of Buddhist temples. Over the years we have walked past them, lived alongside them, talked with monks and photographed them. But recently we adopted a ‘prayer tourist’ strategy: focused, on-site prayer for Light to shine in the hearts of saffron-robed seekers of answers. The authority of our amazing prayer licence in Christ allows us input to their search for Truth!

Pray for the Buddhist world, with a focus on seekers: Select a country with a large Buddhist community. If possible, do an online search to get an idea of the size of the temple/monk community there, then pray:

Although past the scheduled, global 15 days of prayer, you can still download and use the Buddhist World Prayer Guide: 15 Days of Prayer 2020 Edition.