The list of things that people ask God for is long and diverse. But no request carries the same lasting impact as this one: asking for a spirit of prayer. Not for more prayer in general, but for a deeper, expanding prayer-hunger for his Glory. This post touches on three important pieces that should be part of our praying as we ask for a prayer movement.

This is an add-on to the earlier post, Prayer Movement, which focused on God’s message to his prophet, Zechariah:

And I will pour out on the house of David and the inhabitants of Jerusalem a spirit of grace and supplication (Zech 12:10) 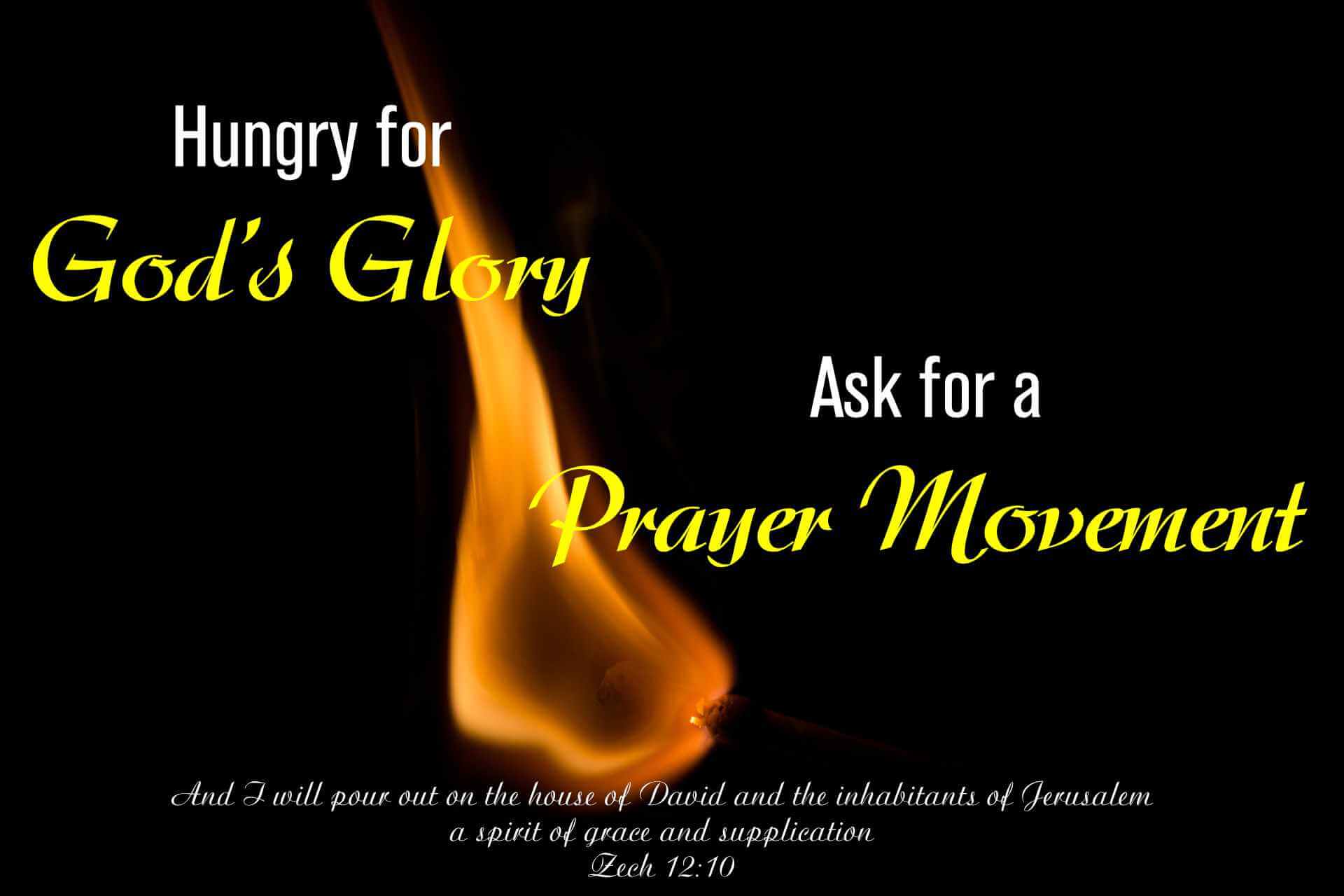 It was an encouraging word, but also really challenging. The Lord’s plan was to pour out a spirit of grace and supplication on his people. He connected the arrival (breakthrough) of his amazing promises to their praying. His prayer plan involved two things: ignition and movement.

God’s Spirit provides the spark for extraordinary prayer (he pours out), but hearts must be open to praying beyond ‘normal routine’. He enables sustained prayer (a spirit of grace), but hearts must remain hungry for the Glory it serves. The prayer movement is of God, but his people must be willing to be moved.

Throughout history, the Lord has reinforced this spiritual principle: he stirs and enables extraordinary prayer as a ‘highway of agreement’ for the arrival of his promised breakthrough. But he looks for people hungry enough for his Glory to ask for a spirit of prayer.

King David’s dedication of the Tabernacle in Zion (1Chron 16) did more than consecrate a tent for the Ark. It launched a Levitical prayer movement that formed the core of the Davidic kingdom’s wellbeing and expansion. When Christ’s New Covenant mission began, the Spirit showed the apostles the connection to that Davidic prayer core (Acts 15:12-18). A prayer priority was to be at the heart of Kingdom expansion among nations

David composed the music for the dedication event. His song carried a sound from God’s heart, a call amplified to successive generation by Levitical choirs. Verse 11 is a centerpiece of the song, and carries three defining elements as we ask for a prayer movement:

Look to the Lord and his strength; seek his face always

It is my conviction that we are never going to have revival until God has brought the church of Jesus Christ to the point of desperation. Stephen Olford